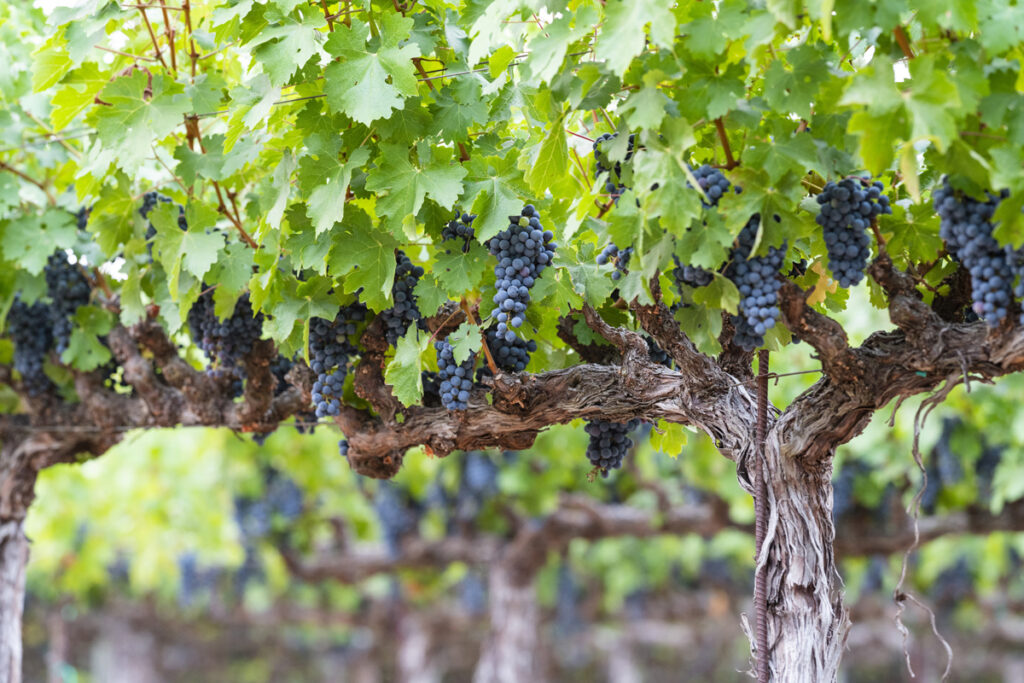 Along the western hills in St. Helena, lies an incredible patch of dirt for growing Cabernet. This neighborhood has many well-known Cabernet vineyards, and at the heart of it lies Lewelling Ranch. Located just at the base of the Mayacamas range this vineyard sits in an ancient alluvial fan. This fan is part of a historic creek bed, with soils consisting of cobble, creek wash and gravelly sand (known as Cortina). This soil is quick to drain enabling natural management of the moisture in the vine’s microclimate. Wines made from this neighborhood tend to be plush, fruit driven and rich.

The Farella Vineyard lies on the eastern side of Napa and is the last vineyard before the Vaca Mountains rise up out of the valley. The climate at this foothill vineyard is heavily influenced by the nearby San Francisco Bay and results in cool night temperatures that moderate the warm Napa Valley days. The soils are alluvial clays intermixed with tufa (volcanic ash). Because of its location and soils, it is usually picked quite late in the season. Coombsville Cabernets tend to be structural in nature, layered with complexity and have excellent aging potential.

The Fanucchi Wood Road Vineyard is located in the town of Fulton in Sonoma County. Planted in 1981, it is believed to be the largest planting of Trousseau Gris in the world. Peter Fanucchi and his family chose Trousseau Gris because they saw that the cool coastal influences of the Russian River Valley were very similar to the climate in Eastern France where the grape originated.  Our white wine program began with Trousseau Gris, and we are honored to be able to work with this Heritage site.

Resting against the western hills, just south of the town of Yountville, lies the the Sleeping Lady Vineyard.  It is named after the silhouette that the ridge line just above the vineyard makes against the skyline.  The soils at Sleeping Lady are quite rocky, comprised mostly of cobble wash. Cool summer mornings and marine influence give respite to the vines. Although the vineyard is not a mountain site, the resulting wines tend to possess an intense and structured character. It is the first site form which we bottled a vineyard designate Cabernet Sauvignon (in 2012). Sleeping Lady is owned and farmed by the Bettinelli family, who are trustworthy stewards of the land as well as meticulous farmers. We are fortunate to purchase fruit from a one acre section.

With Vintners getting quite competitive over their fruit sourcing, we’ve decided to leave the location of our Chenin Vineyard a mystery.  The vines are from another time—when Chenin was much more widely planted in Napa Valley.  We love that this varietal has evolved into a Heritage white, our favorite type to work with. Old-vine and sometimes a little cranky, these vines lend a maturity and touch of wisdom to the Zeitgeist Chenin Blanc.

Our latest vineyard designate Cabernet Sauvignon, the Oakville Station Cabernet Sauvignon hails from a vineyard surrounded on three sides by the illustrious To Kalon and on the western and fourth side by the renowned Martha’s Vineyard. This is is the tenderloin of the Napa Valley; the sweet spot; the crème de la crème!

It has been planted to Cabernet for at least 100 years and makes classic wines that are  balanced, warm and charming.

We are so fortunate to have been recommended to this vineyard (by dear friends!).  It is an old-vine planting of Cabernet Sauvignon in the south west corner of the Oak Knoll appellation.  Our block jets out toward the valley and has a wonderous view.  The vines date form the early 1980’s and make dark, broody and powerful wines. 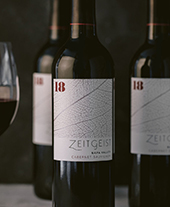 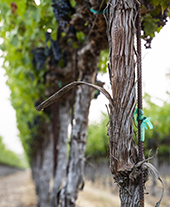 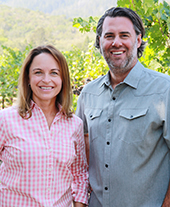